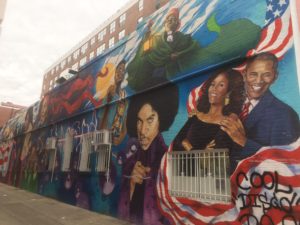 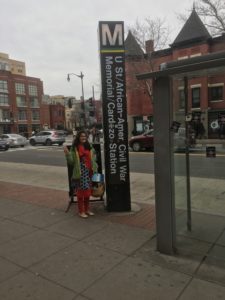 On a recent trip back to Washington D.C. I made a quick stop to one of my favorite neighborhoods. It was black history month, so to observe and honor the struggle that our African American brothers and sisters in this country endured so that the U.S. could become the nation that it is, I popped into where some of the nation’s first civil rights protests took place. 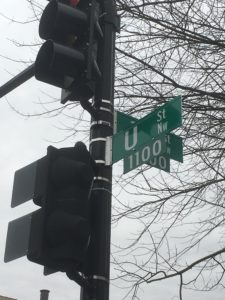 U Street was known as Black Broadway where very famous artists like Duke Ellington (a D.C. native) used to play. Additionally, it is a stop on the green line of the metro, and is home to DC Department of Parks and Rec, a memory for me. 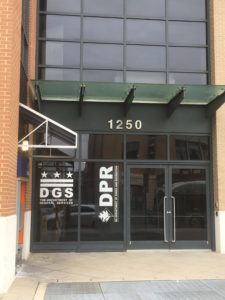 This is the U Street Corridor. It pulled me downtown to visit this vibrant epicenter after reading the first chapter of the book Green by Jane and Michael Hoffman. They state, “9th Street on the east to 18th and Florida Ave on the of the city West” is wind powered. This was the collaborative effort of a few beautifull green souls. Among those groups is the Latino Economic Development Corporation, a coalition of small, independent businesses, Clean Currents, a renewable power brokerage/consulting firm in Maryland, and Clean Energy Partnership (CEP) a nonprofit that solves to environmental challenges, were all part of U Street success story . 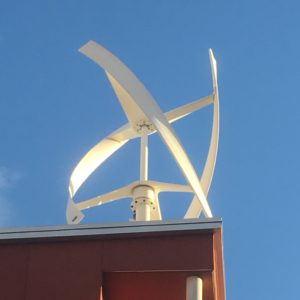 How did they do this? Hoffman and Hoffman report that Gary Skulnik, part of CEP, was brought together with merchants through Latino Econ Dev. Corp. They arranged a deal between Pepco, the main energy supplier in DC, and Washington Gas Energy Services, Inc., an alternative energy supplier which buys energy from wind farms in West Virginia and Pennsylvania.

The deal, we are informed Hoffman and Hoffman, arranged for U St. merchants to buy “wind certificates” in order to convert to 100% renewable energy. Renewable Energy Certificates have been in use by energy providers to cover renewable energy sources like solar, wind, and geothermal, while still maintaining the traditional “grid” system and benefitting basically all entities who use energy and like to save money.  According to the Hoffmans, Pepco has been recognized by the US EPA as the fifth largest purchaser of Green power in the country. “…Pepco supplies 110 million kilowatt- hours of renewable energy certificates annually to EPA’s headquarters.”

The EPA has established the Green Power Partnership: a voluntary program working to establish purchase of green power as a standard for best practices of environmental management. Currently there are 550 members of the partnership, with many of the U street merchants included in that 550, including Ben’s Chili Bowl, an iconic DC staple. In Green they quoted, “Nazim Ali, whos parents Virginia and Ben Founded Ben’s Chili Bowl in 1958 said, ‘We didn’t do it to be trendy either, It was just the right thing to do for the environment and, it turned out, it made economic sense for all of us too’.” (Hoffman and Hoffman, Green) The U street deal not only saves a great deal of green, the but the green benefits according to Hoffman and Hoffman are, “2.8 million pounds of CO2,” they say that this amount of carbon dioxide is equal to taking 185 cars off the road.

Here’s some additional benefits to the U St Merchants that make this deal, and others like it quite notable:

“By pooling power usage in order to buy in volume, and with brokerage firms like Clean Currents to build bridges between power companies and power consumers, it’s possible for small business owners and even homeowners, as groups to start reaping the economic benefits of clean, green energy too.”


Warning: sprintf(): Too few arguments in /webroot/c/o/cornm001/beautifullgreensoul.com/www/wp-includes/link-template.php on line 2739